Many library services and hours are adjusted due to COVID-19. Please check the library's website for updates.

The Rosie project: a novel
(Book)

Description
An international sensation, this hilarious, feel-good novel is narrated by an oddly charming and socially challenged genetics professor on an unusual quest: to find out if he is capable of true love.

THE ART OF LOVE IS NEVER A SCIENCE

MEET DON TILLMAN, a brilliant yet socially challenged professor of genetics, who's decided it's time he found a wife. And so, in the orderly, evidence-based manner with which Don approaches all things, he designs the Wife Project to find his perfect partner: a sixteen-page, scientifically valid survey to filter out the drinkers, the smokers, the late arrivers.

Rosie Jarman is all these things. She also is strangely beguiling, fiery, and intelligent. And while Don quickly disqualifies her as a candidate for the Wife Project, as a DNA expert Don is particularly suited to help Rosie on her own quest: identifying her biological father. When an unlikely relationship develops as they collaborate on the Father Project, Don is forced to confront the spontaneous whirlwind that is Rosie'and the realization that, despite your best scientific efforts, you don't find love, it finds you.

Arrestingly endearing and entirely unconventional, Graeme Simsion's distinctive debut will resonate with anyone who has ever tenaciously gone after life or love in the face of great challenges. The Rosie Project is a rare find: a book that restores our optimism in the power of human connection.
Also in This Series

Description
Don Tillman, professor of genetics, has never been on a second date. He is a man who can count all his friends on the fingers of one hand, whose lifelong difficulty with social rituals has convinced him that he is simply not wired for romance. So when an acquaintance informs him that he would make a 'wonderful' husband, his first reaction is shock.
Local note
Book Club choice.
Similar Series From NoveList
Similar Titles From NoveList
Similar Authors From NoveList
Borrower Reviews
Librarian Reviews
Published Reviews
Citations
APA Citation (style guide)

Note! Citation formats are based on standards as of July 2010. Citations contain only title, author, edition, publisher, and year published. Citations should be used as a guideline and should be double checked for accuracy.
Staff View
Grouped Work ID:
480e1b29-0016-097d-62a8-8aadf9c29956
Go To GroupedWork 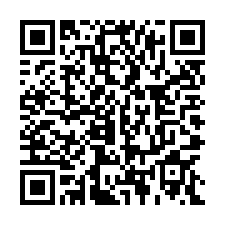